The Charming History of Truth or Dare

Truth or dare. The game so many of us played in grade school or college. We’ve all enjoyed (or been horribly embarrassed by) Truth or Dare, but have you ever thought about where it originates from? The answer is not as simple as you’d think. In fact, it’s a twisting, turning history that hasn’t been deeply uncovered. 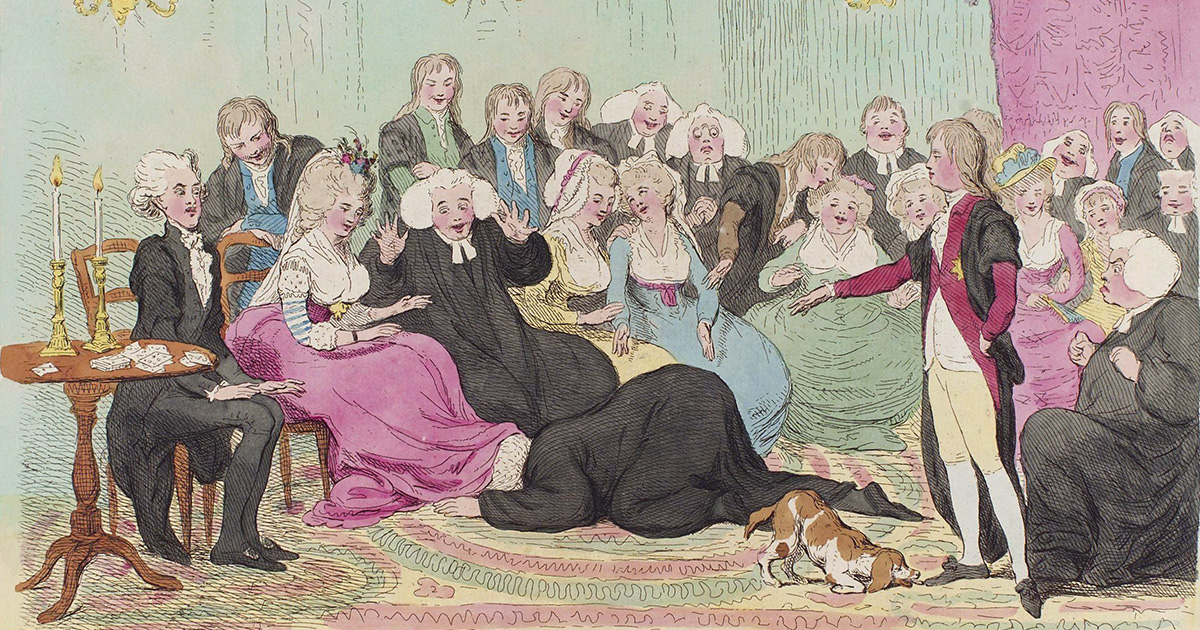 The Origins of Truth or Dare

The history of Truth or Dare has an unexpected origin. The most history found on the game points to England as its birthplace. There, the game was called Questions and Commands, and while it looked a little different than making your college buddy chug a beer or flash his butt, the game still had its bawdy side.

One of the earliest references to Questions and Commands appears in a 1677 French and English Dictionary by Guy Miege.[1] Here is a loose Google transcription of the entry:

“It’s a game that is called so, or one that presides over giving each of the company a certain number of questions to be met and commandments to which to be obeyed, for whatever reason they believe.”

We’re going to guess that translation is a little off, but you get the general idea.

The Curious Art of British Lovemaking

In 1685, Questions and Commands appears as a wooing tactic in The Mysteries of Love and Eloquence: The Arts of Wooing and Complementing.[2] Here is one such command to make the 17th-century British bourgeois fall in love: “A Lady was commanded to put her busk in a Gentlemans codpifs.” Yep, that command is exactly what it sounds like.

Questions and Commands pops up again in Dictionary of Phrase and Fable: Giving the Derivation, Source, or Origin of Common Phrases, Allusions and Words that have a Tale to Tell by E. Cobham Brewer, LL.D. published in 1898.[3] However, the entry references the game being played all the way back to 1712.

Questions and Commands.
A Christmas game, in which the commander bids his subjects to answer a question which is asked. If the subject refused, or fails to satisfy the commander, he must pay a forfeit or have his face smutted.”

Wow. That sounds kind of harsh. As the entry continues, it gets more interesting:

“While other young ladies in the house are dancing, or playing at questions and commands, she [the devotee] reads aloud in her closet.” –The Spectator, No. 354 (Hotspur’s Letter) April 16, 1712.

English Publications in The Spectator

Here starts the Truth or Dare history. In issue No. 499, this line appears in a letter to the editor: “As we were amusing ourselves with discourses of this nature, in order to pass away the evening, which now beings to grow tedious, we fell into that laudable and primitive diversion of questions and commands.”[6]

In issue No. 504, the game is mentioned as a conversation pastime: “It is a great convenience to those who want wit to furnish out a conversation, that there is something or other in all companies where it is wanted substituted in its stead, which according to their taste, does the business as well. Of this nature is the agreeable pastime in country-halls of cross-purposes, questions and commands, and the like.”[6]

All of this implies that the game Questions and Commands was a popular game in British households and bars during the 18th century. It also means that 17th and 18th century Brits were no less bawdy than modern-day college students.

This is confirmed by an illustration from 1788 titled Questions & Commands: or The Mistaken Road to Hereford: A Sunday Evening’s Amusement.[7] The illustration, which was published by the famous print seller Hannah Humphrey, features a party of affluent British men and women in their wigs and formal wear. One of the men is commanding another man to put his head underneath the petticoat (underskirt) of a female guest while the room looks on and laughs.

A New Game of Questions & Commands

Let’s continue our quest with the history of Truth or Dare. Into the next century, sometime in the late 1700s or early 1800s, the book The Gaping Wide-Mouthed Waddling Frog: A New Game of Questions & Commands[8] was published. The book looks a little different than what we think of modern-day Truth or Dare. For example, one page shows three monkeys in fancy British clothing. The caption reads:

Answer.
Three Monkeys tied to a log,
Two Puddings’-ends that won’t choke a Dog.
Nor a gaping, wide-mouthed waddling Frog.

It certainly looks confusing without knowing the rules. This peculiar game is all about poetry and having a good memory. We see it as an interesting twist to the Simon Says children’s game we know today. The folks over at Bryn Mawr College offer an explanation as to how to play this version of Questions and Commands.

The Next Centuries: A Modern Truth or Dare

There are faint references on the Internet to Truth or Dare’s origins in Australia or New York City in the 20th century, but it’s difficult to find any substantive evidence of this. It is clear that the precursor to modern-day Truth or Dare stemmed from the Brits’ Questions and Commands.

In the 21st century, Truth or Dare has expanded beyond the party game. There is the 2018 Truth or Dare horror film, where a group of friends are stuck in a deadly game of truth or dare. Several versions of Truth or Dare exist in board game format, with a recent incarnation being Do or Drink, which instead of players participating in unique dares, they take a swig of alcohol until they get “DRUNK AF.” And, of course, we at Vanilla have worked on Truth or Dare apps since 2012 to spice up evenings with friends, families, and couples.

The truth is Truth or Dare will never go out of style, and it will continue in one form or another for centuries to come.

Download the free Truth or Dare app for iOS and Android. Discover 1,000+ questions and challenges!